The Disastrous life of a Big Sister

Overall comments
Text comments
Ratings
0
0
0
View
This book has not received any Critiques yet.

A Short story tackling the life of a girl named Jessiellainne Vermillion Crimson, A young girl with an incredibly Dangerous Ill-Luck, With one-minute step could kill her anytime.

Accursed or not, She wanted to live an Impossible care-free life, Risked exposed to Death-like circumstances, but that didn't stop her that way, and by what she had become today.

My mother is currently in the hospital, Giving birth to my Younger Brother; for who knows what my Father would name him.

I just overheard that if my Sibling would turn out to be a boy, my father would be the one to handle the naming.

I came out of our House, Wearing a wardrobe of a raincoat since it was raining.

The surroundings were foggy, Blurry, And I can't really see anything.

It was still night that time, hours after dawn.

The rain is heavy as if there's a Storm, but I didn't remember the weather forecaster said it would rain today.

Though I never watched the news.

I came out of the gate, Waiting for my Father as he locks up the doors of our house.

I am in the center of the street, And as the place is a bit blurry, I could barely perceive the lightings surrounding me.

Though one light that stands out to my ocular, Coming at me, there is a bleary pineapple coloured like Flames that lit like those lights that you commonly see in the city.

I didn't care about it for I am a 4-year-old girl, Cause seeing a strange light doesn't pique my interest at all, I was just here waiting, excited to see my dad get out of the gate but-

Strangely, That light I mentioned earlier expanded as if it's coming near to me, And not just that; the one light I saw doubles, and now I could see two of them.

It's Expanding and Expanding that it went 10 times bigger than it was before.

And as the light expands, somehow it's actually near to me; thus, I became interested in this light coming to me.

But the moment I landed my sight, it became so bright it blinded my eyes.

And with a Loud Horn that roared out.

The Light in that I saw earlier was the Light-

Instantly noticing the Approaching Truck, I got Intimidated by how big it is; the Huge Chunk of Iron made my Body Immobilized, Scared, and unable to think next.

With the speed of the truck approaching me and with my little body, there's no doubt that the impact could end my life.

Thinking that I died, I'm surprised I didn't. (no Isekai for now)

The rain stopped for a second as if it got blown away from the shockwaves and Looking in front of me.

A Shadow Silhouette appeared, covering the blinding lights, Wearing a Raincoat, Blocking the Truck for me.

Looking straightly, I was Astonished; the Truck's bonnet covered by aluminium based metal got Smashed up wrecked, Ruined Thoroughly, the engines not functioning, and the truck-,

I wonder who that Man is; stopping a Truck, Smashing it apart, and made it unable to function with bare hands is indeed a feat impossible for any human being.

And looking at him observing, He did not receive even the Slightest of Injury.

As I noticed, With the Identical raincoat the man is wearing, I realize that the man afore me is Him.

A child as I am, encountering such terrifying experience of a truck hitting I felt frightened up,

Shocked, Unable to sense the balance of my body, I dropped myself by such an Incredulous scene I've seen myself.

My Father looked at the frightened me; rain starts falling again, saying.

"It's Okay, Jessie; your Father is Here!"

The Frightened me saw a parent figure ahead of me; with a Child instinct, I shouted.

Baby like I am, I immediately dashed to my Father's Side, Crying as I step to go in front of him.

My Father removed his hands to the broken truck and swept his hands clean.

Jumping, I tucked my father's body, sniffing while crying.

My father then pats my head, and with a paternal instinct, he said to me.

The scene I encounter earlier made me remember how terrifying the truck is, making me cry and cry over and over again.

It takes a moment before I calmed down, but my father, Doing his best, made me stay calm.

After doing so, even with the Storm dropping like crazy, my father immediately tried to call the police regarding the incident earlier.

It seems like the driver inside is drunk and did not see me on the road; there's a law, I guess called Anti-drunk and drug driving law that this person violated against with, thus calling the police is a must for now.

That gives me insights; I want to stop trucks too in the future!!

Thunderstorm Dropping hard, I remained to wait on the side of my father, waiting for the police to come, though something tings me a bit.

I feel like I'm getting the same vibes as the light earlier came approaching me; I got a bad feeling brewing as it did before.

Though it's impossible that I'll be hit by a truck again, I mean I almost got hit by earlier, and if I were to get hit again, my father, who stopped the huge truck in front of me, should be able to stop it again.

After 5 minutes of waiting, Sirens of police cars came approaching, and as the Blue and red lights were discernible, A rustling gale of wind with malicious intent had been brewing behind me.

Rust deteriorating can be heard behind my back as if something metal is about to fall.

The 4-year-old me isn't that observable, though I wonder and looked behind me, and as I see-

Observing the Huge thing Bleary to sight fall unto me, the instant of time, unable to react-

A huge Electric Power line came falling onto my face-

I could hear my father's shout as the Pillar fall unto me.

I have no time to react; everything happened in an instant, and as it did-

As The Thunderstorm let fall a huge drop of rain with a gale speed of 31 km/h, a young girl lying on the ground, head bleeding, and as you can see, is unconscious is being on the verge of death.

A man in a Yellow raincoat keeps Calling the name of the young girl.

The police who's nearby arresting the Drunk driver immediately called an ambulance to call for help.

The scene happened as the young girl's father talked to the policeman regarding the truck incident earlier.

It was so instant; no one can react.

The girl received a heavy blow on her head as the electric power line falls into her face, which causes a brownout on the district; there were huge cuts on her forehead that her eyes were covered in blood, it was a miracle that something so heavy only minimally damages her face yet still on the verge of death.

As the Sirens of Ambulance and powerline service came, they immediately responded to the unconscious girl. They brought her to the nearby hospital, which is also the hospital where her mother will give birth to a child. 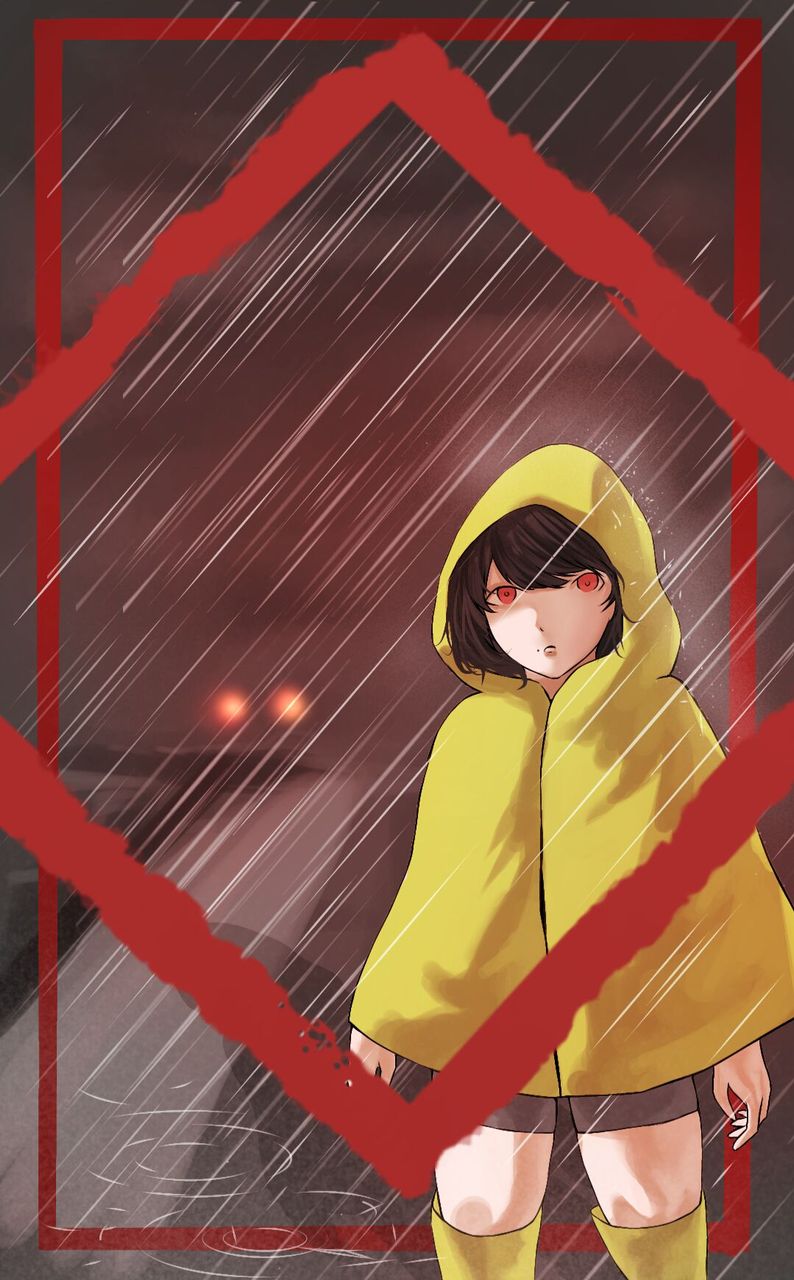 Enjoyed? Read the next chapter.

The writer would really appreciate some feedback. Anything is welcome, no matter how small - You will get feathers for every bit of feedback!

Just mark some text and click the button at the bottom of the screen!

So how do I critique now?

Short version: Just mark some text, add a comment by clicking the button, or rate a chapter. Once started, a new critique page is created, where you can edit overall comments and see all sorts of info.

Attention: You can't critique this one. The author doesn't accept Critiques for this book. You can find other books to Critique with the Search's Critique Mode.